Vitamin A knocks out a lot of problems 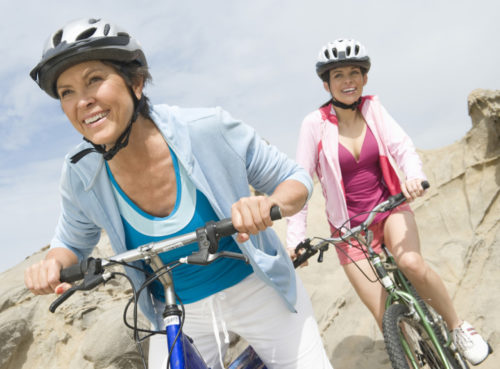 Vitamin A How Much is Too Much. Way back in 1955 an extensive survey by the USDA revealed that only 60 percent of Americans were eating a good diet, and that vitamin A was chief among the nutrients which were lacking. In 1965 they conducted another survey, and this time the percentage of people who were found to have good diets actually decreased to 50 per cent. Vitamin A deficiency was discovered to be rampant in every age group. And so it has gone in study after study down through the years.

The common thread that runs through them all is a deficiency of vitamin A. That is not to say that everyone who is deficient in A will develop all these symptoms. But a lifetime of vitamin A neglect sets the stage for these disorders, and our own individual body chemistry determines which ones will threaten us.

Vitamin A and hearing

Vitamin A’s role in hearing has been investigated by Richard A. Chole, M.D., Ph.D., of the University of California at Davis. Dr. Chole wanted to see what would happen to the inner ear of animals deprived of vitamin A. The inner ear, or cochlea, is a spiral cavity shaped like a small snail shell. It is filled with fluid and sensory nerves that transmit sound to the brain.

In the first part of his study, Dr. Chole found that after four weeks without vitamin A, baby rats developed bony overgrowths of the cochlea. After 12 weeks this bony growth had caused a generalized narrowing of nerve and blood passageways in the inner ear—changes that could impair hearing (Otolaryngology (ear, nose, throat, neck, head), July-August, 1978).

These findings help explain the beneficial effects of vitamin A supplementation on hearing. For example, M. Joseph Lobel, M.D., a New York City physician, reported dramatic improvement in hearing among patients given vitamin A alone or in conjunction with vitamin B complex. Results in 300 patients on whom this therapy was used indicated an average gain of hearing in the left ear of 18.9% and in the right ear of 17.3%. Two hundred and forty nine patients showed very definite gains in hearing of conversational tones (Archives of Otolaryngology, vol. 53, 1951). 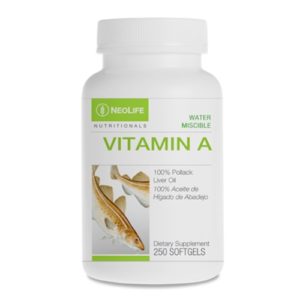 Vitamin A and ear infections

Dr. Chole also found evidence that vitamin A is necessary for the normal function of the middle ear. Without it, middle ear infections (otitis media) may develop. Dr Chole says, “Under normal conditions mucus in the ear automatically traps dirt and bacteria and flushes it down the eustachian tube into the throat, where it is swallowed. This is how the ear cleans itself. In an A deficiency, not enough mucus is produced, and it doesn’t get to the right places.”

In experiments with rats, Dr. Chole found that depriving them of vitamin A resulted in the breakdown of the epithelium—the moist protective layer of cells which lines the middle ear. It became scaly, stopped producing mucus, and lost its ability to flush the ear clean. The result was an ear infection (Western Journal of Medicine, vol. 133, 4, 1980).

Vitamin A and the eyes

“If the lights go out for a child when dusk approaches, it’s quite possible he’s suffering from severe vitamin A deficiency,” says Myron Winick, M.D. “The primary effect of an A deficiency is damage to the patient’s eyes, with problems ranging from night blindness in some cases to irreversible corneal scarring in others” (Modern Medicine, July 15, 1978).

Vitamin A and cancer

Have you ever wondered why cancer has reached epidemic proportions as a cause of death among older persons? Why so many people today suffer from chronic illnesses which grow progressively worse with the passing years? When you take these questions and compare them with the facts that nearly half of us are deficient in even the minimum recommended amount of vitamin A, and that generous amounts are required to protect us against cancer and other long-term degenerative diseases, the true picture begins to emerge.

Typical of many studies on the role of A and cancer is the work done by Dr. Umberto Saffiotti, of the National Cancer Institute. He found that hamsters subjected to a known carcinogen found in smoke were protected against malignant tumor developments. In November of 1968, Dr. Saffiotti told a symposium on the Metabolic Functions of Vitamin A held at the Massachusetts Institute of Technology that of 60 vitamin treated animals, only 5 developed tumors, and 4 of these were non-cancerous. Pre-cancerous cell changes were reduced by 20-fold. Of 53 non-vitamin protected animals, 16 developed lung cancer. Further experiments found that vitamin A also inhibited cancer development in the upper stomach, the gastrointestinal tract and the uterine cervix.

Vitamin A and the lungs

Dr. Max Odens, of London, did a long-term clinical trial in which patients suffering from chronic bronchitis were given daily doses of vitamin A, along with their usual therapy. Fifteen years later, Dr. Odens reported in the German medical publication Vitalstoffe (December 1967) that all 17 patients which he treated showed considerable improvement, in spite of the unfavorable English climate, and all of them were still alive, including the oldest, age 79 tears. “Even in the severe winter of 1953 when there was continuous dense fog and thousands of elderly people suffering from chronic bronchitis died, my patients continued to respond to treatment and were not unduly affected.”

Dr. Odens explanation for this dramatic therapeutic effect of vitamin A explains not only why vitamin A is effective in alleviating chronic bronchitis but also why it is effective in increasing resistance against a host of other ailments. Possibly the single most important effect of vitamin A on these epithelial cells is to aid them in producing mucus, which keeps them moist and repels bacteria and other invaders. When vitamin A is low, cells tend to become dry, weak, and inflamed or keratinized, as it is called. In view of what is now known about the action of vitamin A to protect epithelial tissue, taking extra vitamin A makes a lot of sense.

Vitamin A and the immune system

Our ability to resist invading germs and viruses is to a large extent influenced by our nutrition. The role of vitamin A has clearly been established as a primary factor in bolstering resistance in many experiments through the years. One such study was conducted by the National Institute of Health in Bethesda, Maryland. Two researchers in the Allergy and Infectious Diseases branch set out to test vitamin A’s protective value against three very nasty microorganisms.

In the first phase of their study, Drs. Benjamin Cohen and Ronald Elin injected several groups of mice with Pseudomonas aeruginosa, the causative agent in a wide variety of disabling human diseases, including pneumonia and meningitis. Before challenging the mice with these deadly bacteria, however, they gave some of the animals 3,000 international units of vitamin A each day for four days prior to infection. The rest of the animals served as controls, receiving a placebo.

The results, reported in the May, 1974 issue of the Journal of Infectious Diseases, were dramatic. Four different strengths of infectious bacteria had been injected into the various mice, but at every level more than twice as many vitamin A-treated animals were still alive three days later when the raging infection had run its course.

Apparently vitamin A does its heroic resistance work by stimulating the body’s own immune defenses to do their thing. Drs. Cohen and Elin speculate that the nutrient may enhance the natural action of macrophages, large scavenger-like cells produced by the body. Macrophages speed to sites of infection and inflammation and literally gobble up invading organisms.

Vitamin A and teenage acne

Acne is so common among teenagers that adolescents usually resign themselves to it as one of the unpleasant but necessary facts of life. What is acne? The sebaceous glands of the skin secrete an oil called sebum which lubricates the skin. In teenage acne the follicle which empties onto the surface becomes plugged. The sebum secretion continues, causing swelling and irritation. A papule, or small pimple results. If the pimple contains pus it is called a pustule. Sometimes even a cyst forms. In a typical acne case, this process is repeated hundreds of times on the face and neck.

In desperation, teenagers have resorted to a myriad of over-the-counter lotions. Doctors have tried X-ray, cortisone, and antibiotics such as tetracycline, without much success. But in spite of all the fads, the tried and true old-time remedies are still effective.

The best old-time acne therapy employs vitamin A. Fifty years ago Jon Straumfjord, M.D., of Astoria, Oregon, reported a study in which oral doses were used to treat 100 acne patients. He gave each of his patients 100,000 IU of A from halibut liver oil daily. He wrote in the August, 1943 issue of Northwest Medicine that 36 of 100 patients became entirely free from acne while under treatment and 43 more became free except for an occasional acne papule or pustule. In most cases, the responses occurred in less than 9 months.

When A is not enough, dermatologists are finding that vitamin E and zinc can lend a helping hand. Dr. Samuel Ayres Jr. M.D. who maintains a dermatology practice in Los Angeles warns people against taking unnecessarily high doses of A, but he believes that some individuals with chronic skin disease may need large doses. “Some individuals may need 10 times more of a certain vitamin than other people. Or a person’s requirement may be 100 times greater.” Dr. Ayres has his acne patients taking an average daily dose of 100,000 IU of A and 800 IU of vitamin E daily. “We’ve had very good results with this treatment,” says Dr. Ayres (Archives of Dermatology, December, 1972).

Measles is a major cause of childhood morbidity and mortality. An A deficiency is a recognized risk factor for severe measles infections. The World Health Organization (WHO) recommends administration of an oral dose of A (200,000 (IU), or 100,000 IU in infants) each day for two days to children with measles when they live in areas where A deficiency may be present.

How much is too much?

For many years the American public has been bombarded with scare tactics about taking too much vitamin A. Consequently, much of our nation is deficient, as indicated by the national surveys, and by the prodigious amount of cancer, skin problems, ear infections, etc. For the few isolated problems that have occurred with sensitive people, a campaign of hysteria against this all-important nutrient has been promoted, making those who are desperately in need of larger amounts shy away from the very thought of it. There are actually very few cases of A poisoning on record, and such cases are easily remedied, just by stopping intake.

The RDA for A is 4,000 or 5,000 IU per day, depending on sex and age. Is this enough? RDA’s are based on nutritional studies establishing the absolute minimums necessary to keep one alive. They have nothing to do with optimum levels needed for vibrant good health. Cancer researchers such as the late Dr. Harold Manner of Loyola University have giver more than one million units of vitamin a per day to cancer patients, with beneficial results and no side effects. They found it necessary, however, to use the water miscible (water soluble) form of vitamin A in order to prevent toxicity.